The theme of the EnteKochi exercise was the significance of Kochi’s blue-green infrastructure as a key constituent of its identity of a coastal city and its direct impact on the quality of public life in the city. The aim of the urban design competition was to facilitate the implementation of a civic project that recognises the centrality of this theme.

The competition called for the renewal of the existing Mullassery canal precinct in Ernakulam, Kochi, Kerala. This is a man-made canal in the heart of the city, and joining the Therava-Perandoor canal on the east, connecting the main transport road &amp; railway nodes &amp; flowing into backwaters of Arabian Sea in the west.

The challenge lay in generating dynamic, climate responsive design interventions that reintegrate the canal into the urban fabric in a contextually sensitive and sustainable manner. Apart from the canal’s re-imagination as a binding theme for this design competition, key sites were identified along the canal for more specific and integrated interventions that can revitalise this central location in the city of Kochi.

The recommendations, involving study, research and analysis of the technologies adopted globally for reinstating a sustainable model in decadent cities widened our realm of knowledge. This led us to search for an innovative , contextual approach to enrich the existing urban fabric using appropriate green technologies , and simultaneously creating a vibrant urban corridor, which would encourage citizens’ interaction, community activities, social and cultural exchange, recreational activities and eco-tourism to boost the economic potential of the area. Our proposal is reproduced here for review. For more information go to our website. 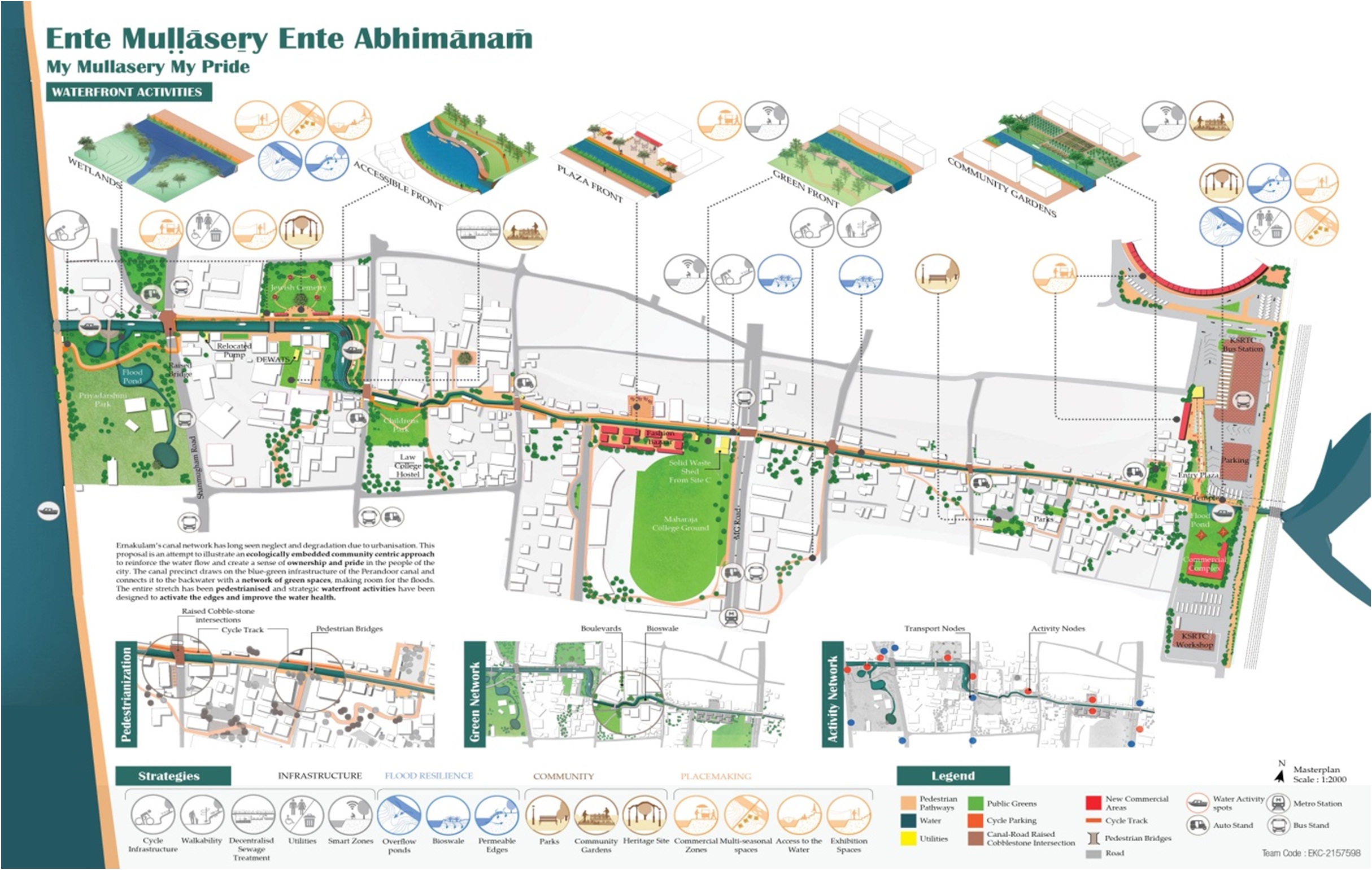